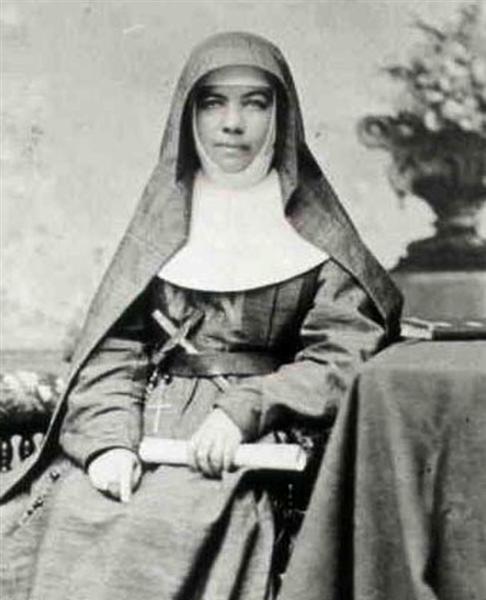 ‘In 1866, in a small country town in South Australia, Mary MacKillop and Father Julian Tenison Woods began a Congregation of Sisters committed to helping the poor and the marginalized. They were especially committed to opening schools for poor children in remote areas of Australia and working class areas in the city’ (Mary MacKillop Heritage Centre, 2022). At the time of St Mary of The Cross’ death in 1909 she and the Sisters of Saint Joseph of the Sacred Heart had established 117 schools and 12 institutions.

Thomas Carr College is connected to St Mary of the Cross, as it was Archbishop Thomas Carr who asked Mary MacKillop and the Sisters of Saint Joseph of the Sacred Heart to come to Melbourne and work with the vulnerable.

When Mary MacKillop died on the 8 August 1909 and her body was interred at Gore Hill Cemetery, Sydney. Her coffin was removed to the Memorial Chapel at Mount Street North Sydney on 29 January 1914.  On the 20 December 1993, Mary’s body was transferred to a newly constructed shrine in the chapel and placed in a solid bronze casket. We are fortunate to have been gifted a relic of St Mary of The Cross from Fr Michael Kalka. The relic is a piece of her 1914 cedar coffin.  Our thanks are extended to Fr Michael for this precious gift.